Whether you’re dreaming of the big time or your big day, it’s a virtual guarantee that your dream of grandeur involves a limousine. From movie premieres to marriages, they’re the biggest of rides to celebrate the biggest of days. Here are the top ten to use in your most extravagant fantasies.

10. The Beast
The Beast, also known as the Presidential State Car, may not be the longest limo ever built, but it does carry some of the world’s most powerful passengers. Reserved for use by the President of the United States, its standard features include:

These are just a few examples of the many and varied protective measures included in this advanced Cadillac One. 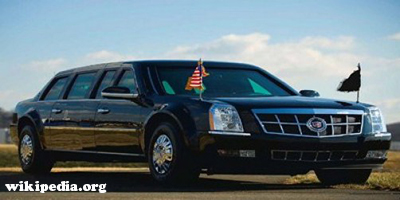 9. The Batmobile
Based on the design of the Corvette and inspired by its fictional counterpart in Tim Burton’s 1989 and 1992 Batman films, you simply can’t feature the world’s best limos without including this one. In it you’ll find:

And even safety measures like a controlled gasoline connection and wheels that can eject if the vehicle’s damaged.

8. The 727 Limo
Going from the cool to the funky, the 727 limo is just what you’d think (but perhaps not believe) it to be – a Boeing 727 Jet that’s been turned into a street-legal limousine. Check out what’s inside this one:

That’s right, you can get down with up to 50 of your friends while dancing your way down the highway in a jet on wheels. 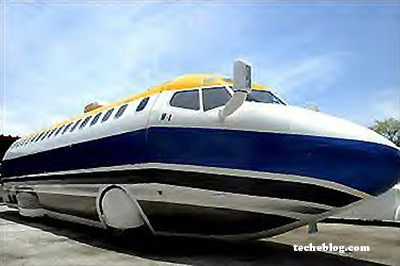 7. The Ferrari Limousine
There’s really only one way to match the prestige of owning a Ferrari, and that’s by owning a Ferrari limousine. Known as the 360 Modena Ferrari stretch limo, it may not be as big as a 727, but it’s almost as fast as the ones that can fly! Check out these specs:

That’s right, you can rocket up to 8 people to 60mph in 6 seconds when you’re behind the wheel of a Ferrari limo. 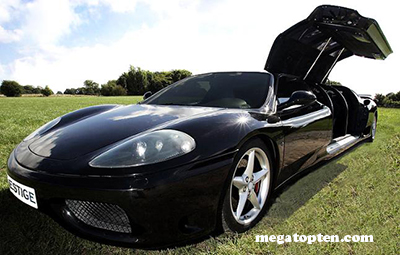 6. The Lamborghini Limousine
Still a concept at the time of this writing, it’s only fair to mention the Lamborghini Limo along with the Ferrari above. In addition to plasma screens and a surround sound system, this stylish machine also features:

And even built-in iPod docks. Limousines may represent the good life, but this one takes it to a whole new level.

5. The Grand Prix Limousine
This one doesn’t just look fast – it’s a stretched Formula 1 car, and it’s the fastest (street-legal) limousine on Earth. Have a look at these accolades:

Seven people (including the driver) can fit into this machine for the ride of their lives. Talk about a supercar! 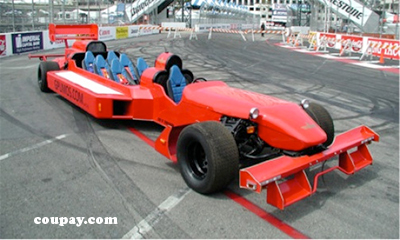 4. The Limousine Tank
If you thought The Beast was a hardcore machine, get a load of this. It’s not just one tank, it’s two! Two Vickers 432 APCs were welded together to make The Limousine Tank, with features like:

Okay, so it may not get around like the stretched supercars we just mentioned. It’s a tank. Who’s going to mess with you for driving this thing below highway speed? 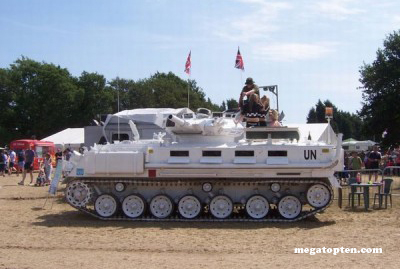 3. The Triple-Axle Hummer Limo
Hummer limos are all the rage, but this is the biggest one ever built. If the president’s limo wasn’t already called The Beast, this beast would most certainly deserve the title. Up to 32 passengers can enjoy features like:

And, of course, the obligatory plasma TV. This unique machine is what every luxury Hummer limo wishes it could be. 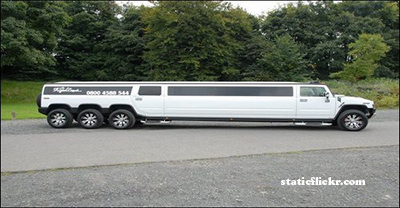 2. The Midnight Rider Limousine
Owning the Guinness World Record as the world’s heaviest limo, it was designed in 1986 and can host up to 40 passengers in its three lounges. Look at these dimensions!

This serious machine is quite aptly named. When your limousine makes the Hummer next to it look like a toy, you know you’re doing something right.

1. The World’s Longest Limo
Ladies and gentleman, this is it! The world’s longest limo was built in Burbank, California by Jay Ohrberg, and it measures an amazing 100-feet long. It has 26 wheels and two driver cabins, but that’s not all. It also features: 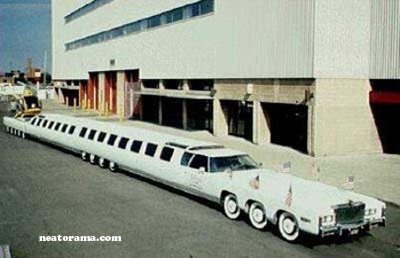 There you have it, the world’s ten biggest, craziest and, of course, longest limousines. Most people will go through their lives having never set foot in any of these miraculous machines, so if you ever happen to have the chance to ride in any of the limousines in this list, take it!